As ever, once the NaNoWriMo month is over, you notice a huge chunk of your day is missing – less stressful. Despite having a crazy challenge lifted off your shoulders and leaving you with time to focus on more important things (like university assessments O_O), there’s something missing.

That nagging sensation in the back of your mind that says either, ‘I have to reach the target today,’ or, ‘shit I have homework I should be doing instead,’ disappears and there’s no longer a fantastic reason not to do your work.

But despite this strange, floating feeling, I have reached 50,000 words. Hellz yeah! My novel may well go on hold for a little while as I focus on studies, but I’ve written half a novel. That’s not just me, mind you. Many others are racing over the finish line this weekend. How amazing is that? Thousands of people have written a novel/half a novel this month and it makes me want to cheer. WELL DONE EVERYONE! We’ve all done something amazing this month.

I pegged it this weekend. I stayed up writing Saturday night until 7AM Sunday. I had to reach 50k because this week is crazy assessment hand-in week, and I can’t cope with five deadlines looming over with me. Four is much better. X_x

Admittedly, a lot of my time this weekend was eaten up researching into the Chinese language, different provinces, certain dialects, Chinese fashion, vowel pronunciation (it hurts my brain) and honorifics. It was the first time this month I almost wished I had made my female protagonist Japanese. The Japanese culture and language I’m pretty good at – here be an obligatory fangirl – but the Chinese, despite my interest in it as a child, I know next to nothing about (well, not anymore *French laugh*). It’s a shame, because the Chinese culture is just as beautiful in its neighbour. 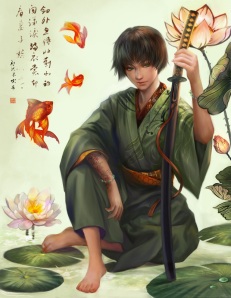 The C-honorific system, however, is so much more confusing than the Japanese one, in my western opinion. So many honorific terms! Half of them aren’t even used anymore and some have changed into insults. I suppose this can be said for the Japanese, but at least they have a sensible amount.

Despite the overwhelming awesomeness of the Chinese language, however, I learnt a fair bit this weekend. Many people will tell you to ‘write what you know’, but personally, I rarely do this. I love multi-cultural stories or stories set in another era, because I’m a geek like that. Doing research into something you’re unfamiliar with is half the fun of writing. It’s like learning about a whole new world or magical craft, and once you know at least enough to write with confidence, it broadens your horizons as a writer. You can manipulate your knowledge of the world to form a wonderfully new, in-depth 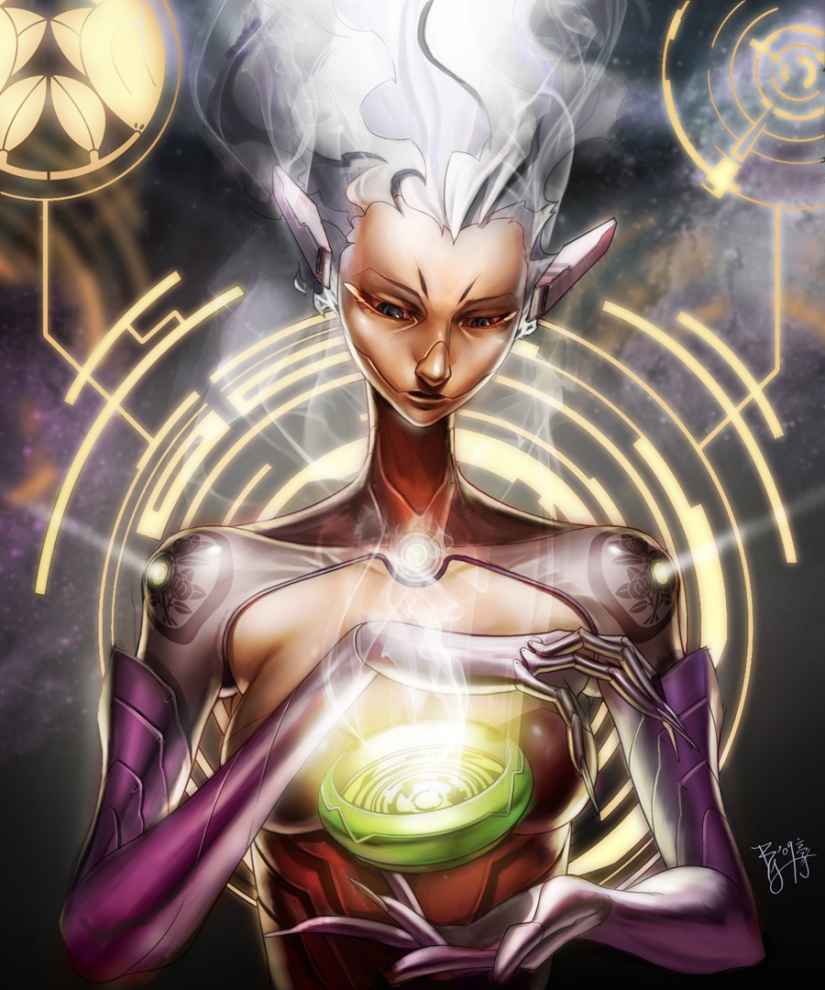 For my first novel, the story is set in six different worlds each based off of different European or Arabian country (one a mix of the two). The sixth world is basically Earth (except not). Now, not only could I tell you about the country where my main characters live, but I could tell you about the twelve others the reader never visits; including the character’s family tree, their origins and how/why they ended up geographically where they are ‘today’. Know your story more than your reader, it’s OK. I think learning to enjoy research is an important element of good writing.

For example, another thing I had to research this weekend was the Chinese metro train and railway system. I told my father and he grimaced, but I actually found it quite fun!

My overall point is: don’t get caught out. Know your stuff so you can justify your decisions. Now it’s time for me to get back to drinking Coke from a mug and writing essays – ciao!

P.S. I don’t want to give too much away in these extracts. The first one is from my favourite chapter thus far and I would love it to be read as a whole (when I upload it) rather than in parts; even if that’s wishful thinking; but that’s why they may not feel very satisfying.

“Xiao Li-ling, what are you doing?” he asked.

Shadows flickered through the carriage and Li-ling half expected the pond to have returned, but looking out the window, she saw telephone poles whizzing past. “Ah,” said Master Wu, “we’re almost there.” As Li-ling returned to where he was sat, she noticed the origami fish on the floor and scooped it up on her way past.

Guangzhou city was in sight and Li-ling pressed her face against the window. She had never in her life seen anything like it. Tall buildings, taller than mountain giants, glistened in the sunlight. “Wooow!” she gasped, “Zhǔ Wu, can I live here?”

He chuckled and peered out the window with her. “Maybe one day.”

“How did they build those?” she asked. “Are they made out of silver?”

“No, no. They look like it though, don’t they? But they’re made of glass.”

“Mmm.” It took a while to convince her that the buildings were made of thousands of windows.

EXTRACT #2
(I wrote the action part of this extract to the Korean song: Hip Song by Rain, if you’re interested.)

Dangerfield puffed another cloud of smoke into the room and took a few paces around the coffee table. “The demon population keeps risin’ because they inhabit innocent people’s bodies,” he drawled, his confidence testing Li-ling’s temper not punching him. “The person that was there dies and only the demon is left. They want to eradicate human life, little Liling, because they see themselves as a superior race.”

“That’s not-” Li-ling bit down on her tongue and ground her fist into her hand.

Grunting, Dangerfield glomped past and muttered, “That school don’t sound like a bad idea, sir,” and gave Li-ling a manic look.

“You stay out of our woods,” Li-ling spat.

“Silence Liling!” cried Mr. Redgrave and he hit her in the back again.

A dark, wheezing chuckle filled Dangerfield’s throat as he made to leave and Li-ling cracked. Swooping forward, she leapt into the air and swung her arm. Her fist hooked around and smashed into the side of his face with sharp precision – a blow so quick it could have been missed in the blink of an eye.

Mr. Redgrave dived to restrain her but Li-ling landed a smack against his chest, sending him flying back into the sitting room. Dangerfield made to slap her, but Li-ling pre-empted his move. She grabbed his wrist, bent his hand and yanked his arm behind him; forcing the man to spin his back to her.

Centring her energy, Li-ling gathered her strength and drove her foot into the middle of his back with barely a moment’s pause. He staggered forward, dropping his cigar, and at once raised his fists at her. Li-ling felt no fear of the built man, only hate, and dived at him.

The folds of time roared against Frederick’s ears, his body racked with pleasure until his feet slammed into the ground and he buckled. His knees suffered the most as they smashed into the solid rock now beneath him. Rain poured down from the night sky and Frederick turned his face up, exhausted. Thunder tolled behind the clouds and rumbled over the dark terrain. A dull sob escaped him.

He couldn’t take it anymore.

Observing his new surroundings, Frederick saw nothing but black, glistening rock for miles. He paused, blinking against the downpour. This was it. This was the place! The place he had lost.
Forcing his legs to work, Frederick staggered onto his feet, shaking; his hands dripping with blood and covered in cuts. He cradled them against his chest, when lightning severed the sky and illuminated a cave up ahead. “I found it,” he gasped.

A figure lay in the dirt.

“No…” he whimpered. Making his legs move, Frederick limped over the cragged terrain, jumping as a crash of thunder echoed off the rocks. Who was it? Which time stream was he in? Was this the right place but a different thread of time to the one he needed? He recognised the shape of the man’s arms as he came closer. It would take more than a life time for Frederick to forget what Mercury looked like.

When he next opened his eyes, Frederick saw an orange ceiling, or rather, a ceiling made of animal hide that flickered with orange light. He could hear the rain and an unfamiliar peace hugged him. He was wrapped in warm throws, the sound of rain and a crackling fire close by. A young woman appeared at his side, her long brown hair curling around her face. “How are you feeling?” she asked. Frederick closed his eyes and went back to sleep. After a few days, Frederick started speaking to her.

As she propped him up one evening and handed him a plate of raw meat cut into chunks, Mary said, “Whatever your past is, you don’t have one with me.” 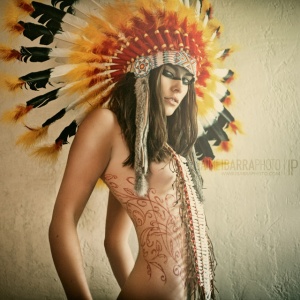 He stared at her. The fire light danced over her face and rich brown hair. She did not meet his gaze. As she slipped off the beads she wore on her arms and doused the fire in the tent entrance, Frederick watched her: silent.

Mary lay down on her mat on the other side of the tent. “You don’t have to be afraid,” she said, then rolled over and drew her bear skin up to her neck. “I’m just trying to help.”

I've painted this one for a friend's birthday 🤫
🥰🥰 #nofilter #bugslife #butterfliesofinstagram #admiralbutterfly #grasshopper #waterlilies
I was honoured to paint @mikeywyatt91's latest #DnD character. I loved spending hours shading those tiny horse legs! I feel very pleased with the blend of blue, purple, white and black.
Whooo! My second #Nighthaunt model painted. 👻
I finally did...one. Of 100.
I've been drawing our D&D characters lately. Here is Tatiana Sethu, demon hunter who can teleport into the middle of a fight and cause explosive force damage when she reappears.
A magical pen for magical purposes...
A New Year's Day so far.
Loading Comments...
%d bloggers like this: