There’s been a glut of online multiplayer games these past few years. I would argue that most multiplayer games don’t even offer much in the way of story satisfaction, like Mass Effect 3’s endless hoarde maps, Dragon Age: Inquisition’s boring dungeons, Star Wars: Battlefront II where you must mind-numbingly grind the same quests and you’ll get, oh gosh, better gear? A new power? A special avatar? Maybe a fresh cutscene? Gee, I’m glad I wasn’t also rewarded with a meaningful and emotional 40-hour journey.

These online multiplayers are rigged to get your money. If others are spending to get better gear, you’ll be outmatched no matter your commitment to getting good at the mechanics. And if you don’t spend hundreds of money gambling for better equipment, then you’re expected to waste hours of your life on this Earth playing vapid content to enter the big leagues.

What happened to local multiplayers?

Do you remember sitting on the couch with your only other gaming friend and solving the puzzles of PS2 game Narnia: The Lion, The Witch and the Wardrobe? Say what you want about the Narnia film, I definitely remember having fun co-oping that game. What about Baldur’s Gate: Dark Alliance? Heck, even Scooby Doo! First Frights—that game was great with a friend, you can’t tell me otherwise!

Well, as much as game developers like EA are desperate to make you gamble away your money to compete against strangers—because it is an effective pocket-drainer—it seems people still crave local roleplaying co-op.

Thank your stars for Until Dawn

SuperMassive Games, the developers of the surprisingly popular horror game Until Dawn (2015), said that “We saw how people played Until Dawn … Although it was a single player experience, on the internet we saw loads and loads of people streaming it together as a group and all shouting out the answers to different decisions, and we thought we could make something with that.” Hooray! Well noticed, SuperMassive Games, and a great decision!

This was, in fact, how my friends and I also played Until Dawn. We passed around the controller when some of us didn’t cope under pressure, or if one of us didn’t have good aim with a virtual gun, and we spent a lot of time shouting out decisions or berating/congratulating the person in charge of the controller.

As such, we have waited with baited breath for SuperMassive Games new release Hidden Agenda (Nov 2017), made with the purpose of being played as a local co-op. We’ve spent two nights playing it together, and so far we have mixed feelings.

The gameplay is super intuitive. Anyone who knows how to touch a smart screen will figure out how to play this game. Despite its themes of murder and mystery, I’m actually going to suggest it as a Christmas group game to my family to spice up our actives. Most of my family don’t get video games and don’t understand how to use a controller thumbstick to make a character move on the screen. Hidden Agenda is all about majority voting on choices, not about controlling characters from room to room. It’s definitely more like an interactive movie.

There are two story modes: teamwork or challenge. Teamwork asks you to nominate players based on their personality traits to make important action choices. We feel this is the best way to play the story if you want to figure out what’s going on. 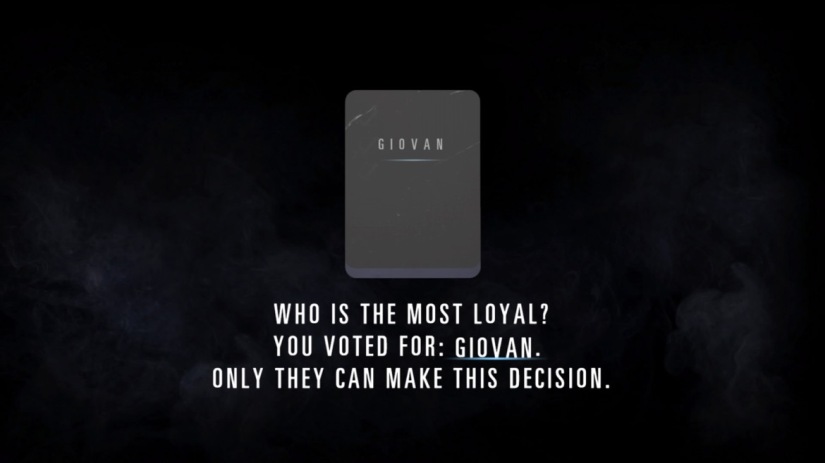 Challenge mode requires the most thinking. To start with, one player is given a ‘hidden agenda’ to achieve by the end of each scene, whilst everyone else in the room must figure out who has the hidden agenda. Points are rewarded for sussing out the suspect player, and points are awarded to the suspect player if their agenda is achieved. 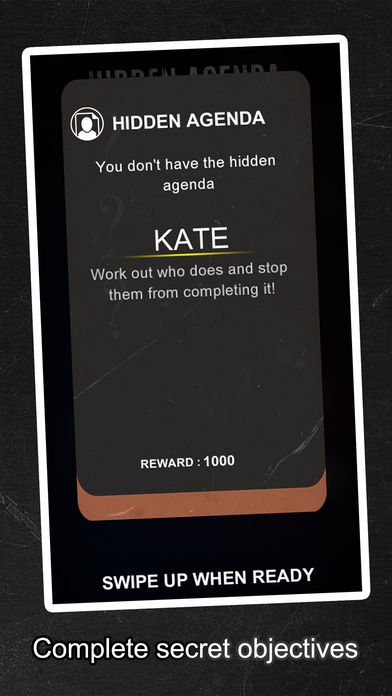 We had a lot of fun in challenge mode, but ultimately we were working so hard against each other that we weren’t actually doing much talking to figure out the problems—we were too afraid of giving away our agenda! The plot is also pretty dense, and if you’re constantly flip-flopping between working against finding the killer or saving the killer, it gets hard to keep the facts straight. So, when we failed to solve the plot the first time, we switched to story mode.

Oh, boy, it is fun. And it does not shy away from grim and uncomfortable details. It’s got exactly what you want from a murder mystery—lots of characters with strange nuances that make you second guess motives and clues. It’s suspenseful, perilous, dark and sometimes demands quick reactions. The whole story is told in five parts.

Just like Until Dawn’s “butterfly effect”, Hidden Agenda has a “ripple effect”, which is exactly the same thing. Your choices will have consequences and change how the story is explored. Now this is actually Hidden Agenda’s best feature. Unlike Until Dawn, the ripple effect truly messes with everything. It’s incredible how much can change just from not-finding-one-clue, saying one thing differently, picking a different action.

This means the game does have a lot of replayability and surprises, despite my complaints in ‘negatives’ section below.

Some part of me suspects that Hidden Agenda didn’t have as big of a budget as Until Dawn due to its experimental gameplay, but for the most part, the game still looks beautiful. Every person looks gorgeously detailed and the graphics run smoothly. Some setting shots look oddly PS2 era, but to be honest, this isn’t a big deal. It looks great. Although the children look exceptionally uncanny-valley…

THE NOT SO GREAT THINGS

Ugh, the loading screens. They. Are. Frequent. On the one hand, I understand that the game is checking all the ripple effects of the scene just played and figuring out where to take you next. On the other hand, it can be jarring. Sometimes loading screens happen mid-action—often brief, luckily none of them take too long—but it’s still enough to spoil the drama of various events. Especially because they are so frequent. Did I mention that already?

The quick-time actions also get harder and harder, which is frustrating when we were actually killed by failing to hit a quick-time marker that flashed across the screen for, literally, a few seconds.

This is a difficult game. If you make the wrong choices or don’t have quick enough reactions, it’s actually quite easy to get the protagonist killed by Part 3, whom we have killed. Twice now. But what truly makes this annoying is that there’s no chapter select. If you die, it’s game over and you have to start from the beginning. Sure, there are multiple outcomes to each scene, but there are only so many times you want to replay the beginning when you haven’t even made it past the mid-way point, right?

I’m kind of dreading having to replay the beginning chapters next week. It’s like an impending chore because I know many scenes will lose their drama since we know at least two outcomes to our actions.

As for the two gameplay modes, if you’ve already played story mode, you’ll probably recognise when someone is deliberately making a negative choice in challenge mode. Most of the choices are goddamn vague, but with hindsight, you’ll probably be able to tell who’s got a hidden agenda. I can only assume that maybe there are many possible hidden agendas per scene, making it a bit more random and harder to predict. We’ll have to see. If we ever complete the game normally.

Reasons why you should support Hidden Agenda

It does have some doozy downsides. No chapter select, a lot of loading screens, and almost unfair quick-time reactions make it kinda frustrating to play, and because of these flaws, I’ve got no idea if it will hold my family’s attention when I introduce it to them.

However, in the grand scheme of things, I can see these as teething problems. The story so far is GOOD, the female protagonists are GREAT, and it is FUN playing a local co-op with my friends. I cannot remember the last time I played a narrative game intended to be a shared experience.

Micro-transactions and EXP grinding is not the co-op experience I dreamed of for the future. What about you?

2 thoughts on “Hidden Agenda – The Future of Gaming”