So, based on the last post I did, you’ve got your setting, you’ve got some friends, you’ve got a map, you’ve watched some Matt Mercer and Critical Role, and you’ve maybe got the D&D Starter Set. What next?

Your friends. It’s time to ask them to create their characters. From what I’ve seen and read, a good DM shapes a setting to suit the characters backgrounds. Some go the extra mile to incorporate their character goals as part of the overall plot.

It’s been tricky getting some of my friends to sit down and give me their details, but it’s also been fun working with each of them to try and encourage their imagination.

First, you need a character sheet. You can download these for free from the official D&D website. Click on the image where it says “Fifth Edition Character Sheets”, and you’ll be prompted to download a zip folder with a number of different files.

To start with, you want the sheet that looks like this: 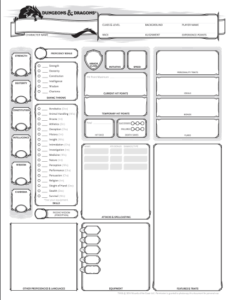 To understand how to fill out all the boxes and a couple of the other sheets, I highly recommend TableTopWeekly’s YouTube tutorial. When you ask your friends to fill out this sheet, it’s important you all use the same guide to ensure all of your results are fairly matched.

Don’t be intimidated by all the sheets in the zip folder! Some of them are just alternative styles of the same thing.

Work with your friends on an individual basis to A) answer their questions about the world you’re building (I wrote up a short handbook on two homebrew religions and three countries for one player to choose from), and B) so you both have a solid understanding of what the character wants and where they’ve come from.

I’ve also told my friends not to tell each other too much about their characters. They’re going to learn each other’s secrets and backgrounds as they roleplay and meet one another in-game. This should add some genuine tension as they try to uncover each other’s motives and secret identities.

Once knowing their backgrounds, races and classes, I wrote an event that would bring all the players together in a way that felt both unique to their character’s status and natural to the world in-game. There’s nothing wrong with putting everyone together in a tavern, or all conveniently meeting at a quest board and teaming up—but I’m a writer, dammit. I will challenge myself.

I’ve gone with full-on Critical Role style opening narration, “Welcome to the Kingdom of…” I’ve described the state of the country, a recent battle that was fought and lost (killing the King), I’ve described some of the people now struggling in the power vacuum, and finally, I’ve described the PCs starting city, narrowing it down smaller again to the starting event and first character we meet.

I’m hoping this will give the players a feeling of being part of something greater than themselves. There’s a whole world for them to explore (eventually but not yet please), and the potential for adventure might take them far beyond the city walls. 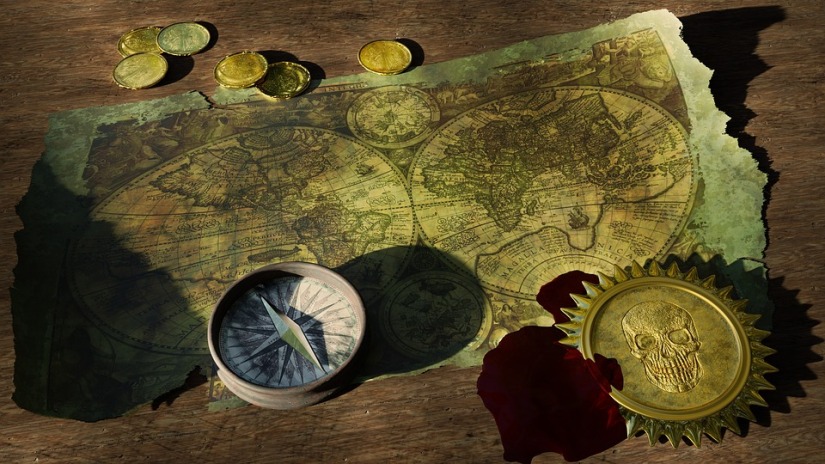 Now, because the PCs can go wherever they want, I started to feel a little scared. How would I remember where they were in relation to other things? What other things actually existed in my city? What the hell do you find in cities?

I did a lot of googling on ‘what key features are in a city’ and variations thereof. First of all, I sketched a picture of the palace at the top of the city. The most defining building of the whole place. I feel this sets a certain prestige, a feel for the general architecture. 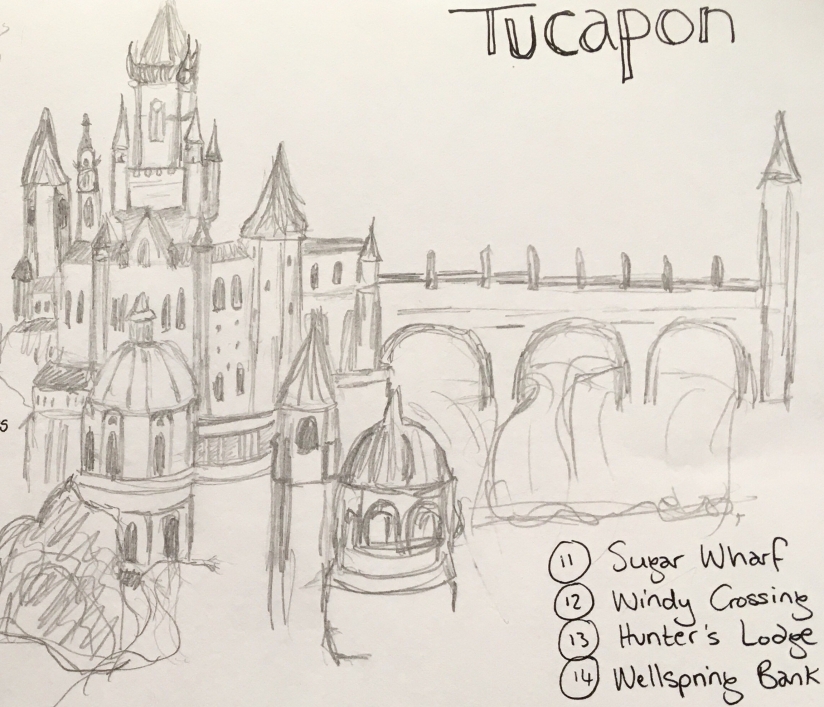 I then sketched a top-down view of the whole city. My city is built at the base of a mountain, the expanse of the city separated by altitude and built upon/around waterfalls. It’s messy, but at least I know the shape and direction of things. 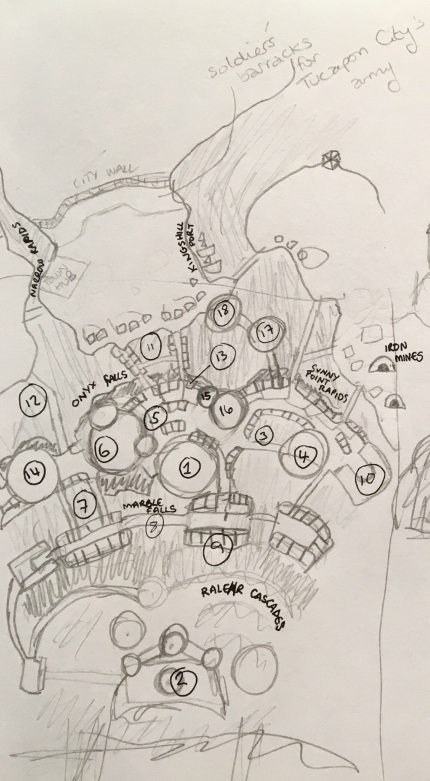 With my map sketched out, it was time for the fun part: naming things and choosing what to put in the city. I tried to use only what I’d already drawn, but how you decide to create this is your own process. If you get stuck, Fantasy Name Generators is a GREAT resource.

What Books to Buy

Despite all of these developments, I still felt anxious. I had no idea how to effectively make a campaign. I can write stories all day, but this is more like writing a video game without clipping-planes or limitations on player choice.

Under the pressure and anxiety, I bought the D&D Dungeon Master’s Guide from Amazon. It. Is. Brilliant. Aside from every page being glossy, the cover in hardback, and the layout beautiful and easy to read, it’s genuinely helpful. I started on page one and stopped to complete any task I felt relevant.

As I paid attention to each bit of guidance (and it’s reassuring words of ‘ultimately just do whatever you want’), the anxiety reduced and now I’m feeling fairly okay—just nervous. Good nervous.

As I helped my boyfriend develop his character, we needed a lot of tips from the Player’s Handbook. You can download this book for free online. Personally, we got fed up with scrolling or balancing technology on our laps/squinting at tiny text on our phones, feeling unsure about the source, and realising that differing resources gave differing levels of information. So I bought the D&D Player’s Handbook.

The Player’s Handbook is the only book I’d say is worth all players buying if they want to (when you’re at the game table obviously you can share copies). If you’re new to D&D, it has all the rules on how to use the dice in combat and during skill checks. It contains all races, classes, simple armour types, weapons, adventure packs, guilds, some deities, background types—just, you know what, treat yourself to something nice and buy the Player’s Handbook.

I have also bought the D&D Monster Manual (since I’m DM), but I haven’t used it yet. I’m sure it will be a time-saver and blessing when I start to develop combat scenarios with dragons and nasty creatures and terrible mages. From a general flick through, it’s lush. I look forward to using it.

My boyfriend introduced me to a YouTube group who are also playing D&D for the first time. Despite my initial hesitation, he wasn’t exaggerating when he told me “they’re really funny” and “the quest is short and engaging”.  Episode 1 of 3 is only half an hour! I’m looking forward to watching their next quest.

Next time, I’ll talk about the usefulness of a handout (especially why it helps the DM), more map-making tips and tricks, making budget miniatures, and whatever else I’ve discovered in between!

Have you got any tips for me? Have you found any D&D YouTube groups or podcasts you love to follow?