Script in Performance, taught by the international playwright Seamus Finnegan, brought to you by Duck-Face-the-Unknown (a.k.a. Willow).

A new term has begun and my new favourite (legally attended) class, is Script in Performance. The professor of this class, Seamus, is an Irish jem, and I feel privileged to be taught by someone so hilarious, artistic, outright and practical.

The first time he addressed us as a class was to say:

SEAMUS
Well at least there’s one honest man among us. Who here drinks alcohol?

EVERYONE raises their hand.

SEAMUS
Oh thank fock for that. I was gettin’ worried.

We soon realised that the legend of his ‘fag breaks’ are no exaggeration. When Seamus wants a smoke, he will have his break when he sees fit and for as long as he likes. Of course, there’s only one person in the class (who attended on that day) who smokes, and upon his return he looked as though he felt estranged.

SEAMUS
No offense to you, Sam, but that was the loneliest fockin’ fag I’ve ever had.

But on with bestowing his wisdom unto you, dear reader. The following is an exercise you can do to discover a new story, to develop a character you already have, or simply as a task to keep you writing and plotting.

If you are seeking to make a new character, pick a profession from the list below. Though you may not find something you like, it’s surprising what you can create when you push yourself to be creative. As this isn’t a formal class, however, you may of course prefer to choose a profession not listed below. If you are developing a character you already have, skip to the next section.

You have a profession? Awesome.
Now write their name, their age, where they were born, and where they live.

Having given your character a name, you’ve determined whether they are male or female. Some jobs are obviously gender-specific (unless you’re defying them), but either way, you chose a gender. You don’t have to know why, but picking a gender is important and the reasons behind your choice might be interesting. That’s for you to muse over though. 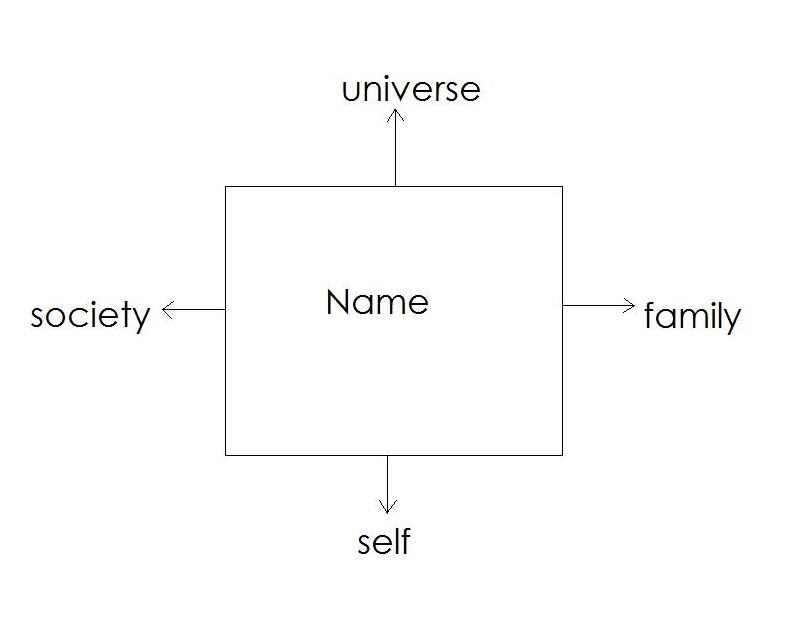 Here is what I produced in 10 minutes of class time: 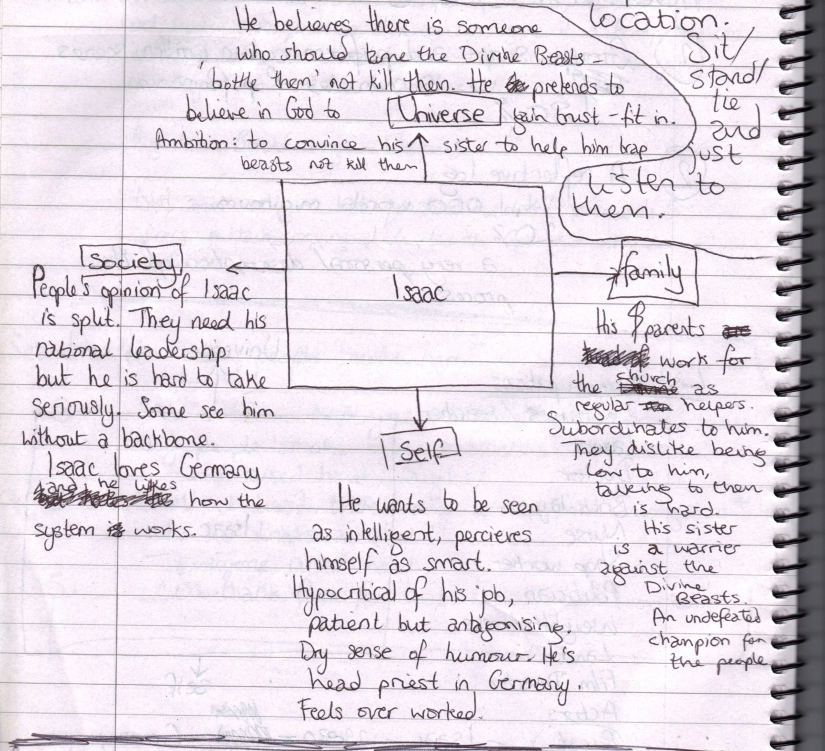 Alright, next task! If you’re looking at this from a novelist’s perspective, don’t rebuke this yet. I now ask you to write a monologue for the character you have just created. A monologue, you cry? But that’s for scriptwriters! Maybe, but this is a writing exercise, not a polished product.

Write a monologue. It can be about anything. It can be as long as you want. But remember, it’s a monologue and not a short piece of prose. There is a big difference in writing prose and writing a chunk of dialogue. Challenge yourself, because remember, this is about discovering the character not you as a writer.

Your character can be lying down, sitting, standing, swimming – whatever you want. Let the character decide, but put them in a situation. Just a brief situation, and then let your character talk to you.

It’s a bunch of fun when you don’t try to consume yourself in a plot you don’t necessarily have. The plot doesn’t exist, only the moment you are writing, and it can be riddled with as many mysteries and characters (preferable spoken about and not involved) that you don’t know yet.

When you’ve finished writing the monologue, you’re bound to have the whispers of a plot in the back of your mind. But that’s not the main reward of this task. The reward is to know your character better.

Once you’ve written your monologue, upload it for me to read (if you’re willing)! Post the link in the comments section below. I’d be thrilled to read what you produce from this.

Go, ever-budding writer! Give birth to a new, or more in-depth character!

P.S. I got bored in our seminar today: 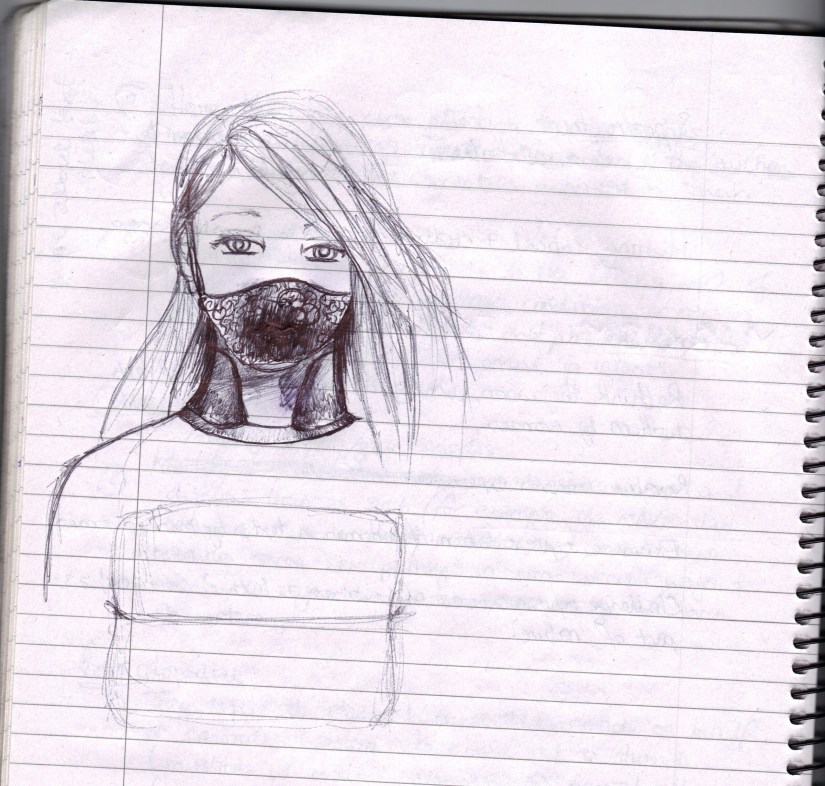 My character Kiyoko, wearing the mask her lover made to stop her smelling magic and going insane.